For 40 years Scotland kept a secret!

Hidden beneath an innocent Scottish farmhouse lies Scotland’s Secret Bunker. 2014 marks the 20th anniversary since the Bunker opened to the public, unveiling 40 years of secrets. We invite you to take the journey down the 450 foot tunnel and through the blast doors to discover the secrets of the bunker, which was built to help safeguard Scotland during the Cold War in the event of a nuclear attack.

Learn about the new Secret Bunker in Edinburgh, a sister site to the St Andrews site.

Had there been a Nuclear War, this is where Scotland would have been Governed. Learn about the twilight world of the Government Cold War.

Discover how THEY would have survived, and YOU wouldn't!!!…

See the hermetically sealed 3 ton blast proof doors in an environment which reveals to us one of the darkest periods of Scotland's history and indeed the worlds!

Your chance to visit and experience the feeling of being underground and encased in 3 metres of concrete.

The bunker would have housed 300 personnel sleeping in six dormitories. Learn about the 'Hot Beds' where staff would sleep for six hours and then swap their bunks with another staff member for the next six.

Along with military personnel there would have been a fully equipped and staffed BBC sound studio. They would have issued emergency broadcasts with all other radio and TV channels 'off air'.

All this time personnel would never see daylight, they couldn't even shower as uncontaminated water was too precious a commodity and remember they may have had to stay underground for over three months. See the original canteen or mess hall, today our restaurant, for those serving below ground. The kitchens were very well equipped to provide high quality catering - an essential morale-booster for those working in such an artificial situation.

Encased in two feet of concrete, the tunnel leads you to the bunker which is almost 100 feet below ground level. The Secret Bunker houses a number of air intakes and extractors which maintain the temperature of the bunker at a natural temperature of 18 degrees.

Bookings will be taken throughout the year for parties, weddings and corporate events. Please email or phone us for more information. Discounts can be arranged on an individual basis for parties of 10 or more. Corporate and private parties also catered for.

Phone 01333 310301 for further information or visit their website www.secretbunker.co.uk 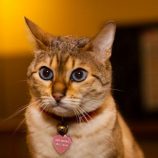 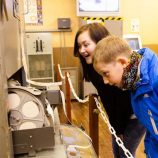 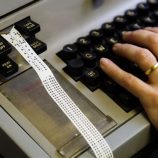 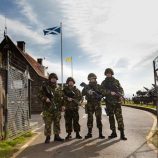 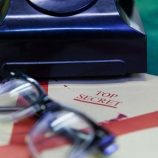 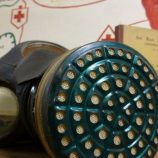